Capacitor vs. Cordova: Which tool is suitable for Hybrid Mobile app development?

Capacitor vs. Cordova: Which tool is suitable for Hybrid Mobile app development?

For developers and hybrid mobile app development teams evaluating new and latest approaches to app development, the guide below might prove to be fruitful for you.

Here, you will find everything that you might need to know about what Capacitor and Cordova are and which of them is the finest choice for Hybrid Mobile app development! 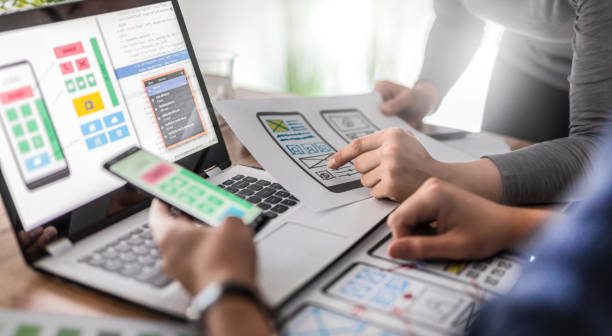 Cordova has been the native wrapper for Ionic apps to today. Coming into the market in 2008, Cordova played a vital role in helping developers reuse web skills and take on to the exciting mobile platform that people have lately.

Cordova’s mantra includes “Write once, run everywhere”, and that’s what Ionic has been about since the beginning. Cordova is fully open-source and has a back of a great community.

However, lately, it has had to go through some challenges, considering the changes being done to the native platforms.

iOs and Android are undergoing inevitable changes, affecting Cordova and other Ionic apps. That is one of the reasons the Ionic team has to stay step to step with these sudden changes to ensure that they are supporting and deploying the latest features.

As a result of keeping up with this change, the Ionic team decided to bring a successor to Cordova that would provide the best hybrid mobile app development – and here, Capacitor was born.

Capacitor happens to be an open-source project that is responsible for running modern Web applications natively on other platforms such as iOS, Electron, Web, and Android. Capacitor embraces the idea of “Code once, configure everywhere”.

As being a representative of the next evolution of hybrid apps, Capacitor provides a modern native container approach for developers who are looking forward to building a hybrid application – that too without sacrificing access to native SDKs.

The capacitor is responsible for providing a consistent and web-focused set of APIs that enable an application to live up close to the web standards, meanwhile accessing native device features for their support.

To put it into simple words, Capacitor is a spiritual successor to Adobe PhoneGap and Cordova. It carries world-class support to Progressive Web applications and native apps.

This means that the capacitor’s native bridge is open to either run in a native context or on the web. Not only this, it comprises many-core plugins available for both contexts – that too with the same calling conventions and APIs.

Developers can use Capacitor as a dependency for both Progressive Web App and Native app, and it would automatically call web code (when it is required) and native code (when it’s available).

The ability to support multiple implementations of API is what makes Capacitor stand out. Let’s just say that if you want to use the camera plugin, then the installed native app will utilize native implementation.

On the other hand, PWA will utilize the web implementation – all of this under the same codebase!

Capacitor vs. Cordova: Advantages and Drawbacks

These two projects happen to be similar as both enable web developers to deploy web applications over various platforms.

However, the difference begins when it comes to extending the application with native functionality – especially while working for an enterprise app.

However, the decision between choosing one of these becomes more vital for enterprises that are in need of official support and perfect alignment with the rest of the Ionic Stack.

In order to give a clear picture of both of these hybrid mobile app development frameworks, a list of pros and cons for each of them is being provided below!

Capacitor vs. Cordova: Which is the right Hybrid Mobile App development tool?

Here comes the part that you have been waiting for! According to your fine sense of judgment, if you really want to create the best hybrid mobile app, then going with Capacitor might be the best choice!

If you want to stay in sync with the Ionic Stack, then Capacitor is a must for you. It’s specially built to improve the Ionic experience by giving full controllability options to the hybrid mobile app development teams.

What counts to be the biggest improvement Capacitor brings to the table is extending your app with custom native functionality – which means you are open to drop down to native to add any functionality that your application may require.

Another great fact about Capacitor is that it treats your projects as actual source artifacts. You would be able to check into source control and would be able to fully edit it, making it super simple to install either a custom-made library or a code in the plugin.

All in all, for every hybrid mobile app development process, Capacitor has surely got your needs covered!

While concluding the Capacitor vs Cordova comparison, the results are in front of you Capacitor is a modern Cordova.

At the end of the day, Capacitor has the same type of goals as Cordova, but it provides you with a modern approach to building a hybrid mobile app, that you have always desired!